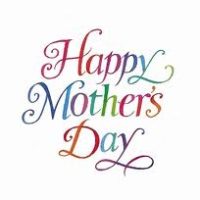 Mother's Day is a time to think about the legacies our mothers and grandmothers pass on. At LifeFone, we thought it would be fun to learn a bit of the history behind celebrating Mother's Day.

Many believe that Mother's Day was developed as a commercial holiday by Hallmark or some other company to sell cards, candy, flowers, jewelry, and so on. Or, the belief is that it's a day solely to celebrate the domestic role of women in the home, and with a family surrounding them. However, neither of these perceptions is accurate.

While the role of mothers in the family is indeed important, Mother's Day is not only about celebrating mom and honoring a woman's devotion to her own family, but it's much broader than that, and has its roots in honoring the larger network, social ties, and political concerns of women.

The earliest Mother's Day celebrations can be traced back to the spring celebrations of ancient Greece in honor of Rhea, the mother of the gods. People would make offerings of honey-cakes, fine drinks, and flowers at dawn.

In England during the 1600's, "Mothering Sunday", was observed on the fourth Sunday of Lent. It was a way to honor the mothers of the country. As many of the poor worked as servants for the wealthy, far away from their homes and families. They were allowed the day off to spend time with mum.

The official observance of Mother's Day in its present form came about after the end of Civil War through the efforts of Anna Jarvis in an effort to honor her mother.  During the war, Mrs. Jarvis (Anna's mother) worked tirelessly as a peacemaker encouraging families to set aside differences created by the polarization of the war. In 1868, she organized a "Mothers Friendship Day" to bring together families that had been divided by the conflict. She believed that if friends and family were to be reconnected, it would be done by appealing to the love and respect everyone had for their mother. With great skill and courage, she created a very emotional event.

Her service to the community was not lost on her daughter, Anna. When Mrs. Jarvis passed away, she would visit her graveside and remember the words her mother had spoken: I hope that someone, sometime, will found a Memorial Mother's Day commemorating her for the matchless service she renders to humanity in every field of life. She is entitled to it.  Though it was her mother's idea, Anna worked tirelessly to see it accomplished.

By 1911, Mother's Day was celebrated in almost every state, and in 1914 President Woodrow Wilson made it official.  Celebrating Mother's Day became an official holiday, marked by the second Sunday in May.

The day is about women's commitment to the past, present, and future at both the personal and political levels. It honors women who have acted not only on behalf of their own children but also on behalf of an entire future generation. Every year, whether for Mother's Day, a birthday or other holiday, we wonder, "what do I get for mom this year?" Chocolates, flowers, a plant, maybe perfume? It's tough because most of our beloved boomers have the resources to get what they want when they need it.  In fact, most are satisfied and when asked what they want will say they don't want a thing.

So what does this "greatest generation" need or want?

Here are a few ideas to help start the juices flowing:

Whatever you choose, give your mom the gift of time.  It will be the gift she loves the most!

We have a special offer just for you

Receive Your Special Offer
Fill out this form today!